It is the last of the high-end terminals that makes its appearance in recent weeks, and does so with two differential sections. The HTC U12 + boasts dual camera systems in both the back and the front, but its differential option is another.

This is its Edge Sense 2 system, which allows you to “squeeze” the phone to program shortcuts with which to launch certain applications or perform certain actions. Oh, and another thing: HTC has had the “courage” not to surrender to notch fever.

Technical specifications of the HTC U12 +

We are facing a terminal that, as expected, is betting on a hardware configuration very similar to that of other high ranges in the market. The protagonist is that Snapdragon 845 that allows to offer all the necessary processing capacity for a terminal of this entity.

In the rest of specifications, few surprises: the 6 GB of RAM is accompanied by 64 GB that we can expand with up to 2 TB in the form of Micro SD card. The battery has fast charge support, and has a capacity of 3420 mAh (3500 mAh nominal).

The most remarkable thing is probably that combination of dual systems both in the back and in the front. The cameras on the back promise, but we will have to see if that “telephoto” sensor with aperture of f / 2.6 manages to give good results.

In the front we have two promising 8-megapixel sensors that for example pose a portrait mode with the famous bokeh effect also in these shots. That system also makes facial recognition possible.

It will be interesting to see how that screen behaves with Super LCD 6 technology, especially now that most high-end terminals have made the leap to OLED screens. The screen has support DCI-P3 and HDR10, which is certainly promising.

The terminal does not have a headphone socket, but they try to compensate for this absence with the presence of their HTC BoomSound HiFi edition speaker system to guarantee good behavior in this section. There is another remarkable feature: its resistance to water, as it has IP68 certification.

A design without notch and without a headphone jack

Much of the news of HTC’s new smartphone leaked yesterday, and we could also see some images of its design, which stands out in the first place for not getting infected with that notch that is present in a good number of Android terminals this year in all kinds of ranges.

The manufacturer does not want confusion with the HTC U12 +, which will be the top of the range for the next few months, which explains why we do not have an “HTC U12” without that last name that uses this terminal that has just appeared. 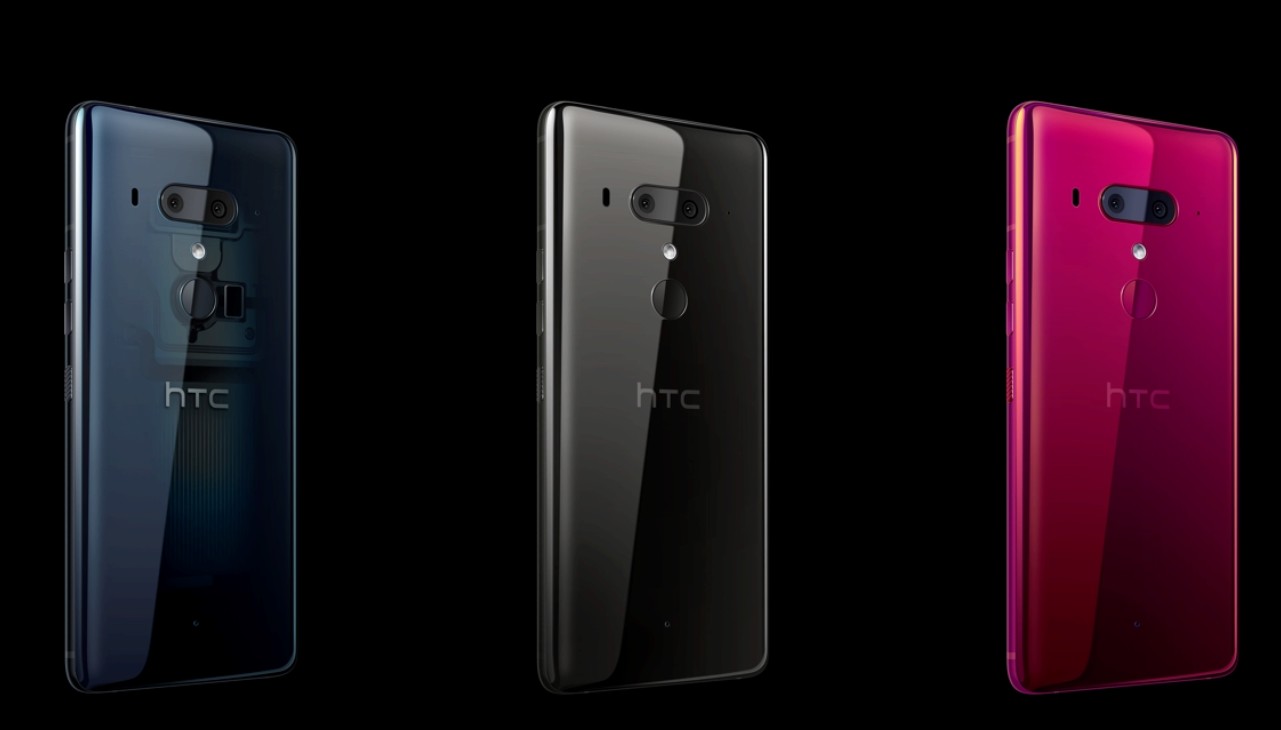 The terminal changes somewhat its ergonomics slightly reducing its battery with respect to the HTC U11 + of the last year, but it will be necessary to see if that sacrifice does not cost it too much in terms of autonomy.

The manufacturer has used glass as the main material in that chassis that also stands out for its unique mirror surface. In HTC they call it “Liquid Surface” and claim that it has been built with cold-polished 3D glass. It is available in three colors: Ceramic Black, Flame Red and Translucent Blue.

HTC already did a great job with the HTC U11 in the field of mobile photography, and it seems that such a bet wants to be as ambitious as that or even more.

This system has achieved a score of 103 points in DxOMark, only surpassed by the 109 achieved by the Huawei P20 Pro. This score is only a reference to which HTC’s own managers have referred to in its launch, but it certainly promises and We will have to check if that good score translates into the expected results.

In HTC stand out in that system the new high-speed autofocus, in addition to the 2x optical zoom and 10x digital zoom that will have to see how far you can go. The portrait mode is available among its photographic functions, while we also have the HDR Boost 2 system to improve the dynamic contrast of the shots.

This system of cameras also wants to stand out in video with support of 4K video at 60 fps and above all with the so-called Sonic Zoom that allows to magnify certain voices or sounds in the scene. Auto Zoom is also one of the star effects in video recordings, and allows you to zoom smoothly in any scene. This system has OIS and EIS to stabilize the image.

The surprise however also comes in the front cameras, with a dual 8-pixel sensor system with a pixel size of 1.12 microns and aperture f / 2.0. These cameras have support for portrait mode, HDR Boost (but not the second version, more powerful and available only in the rear) or the aforementioned facial recognition. 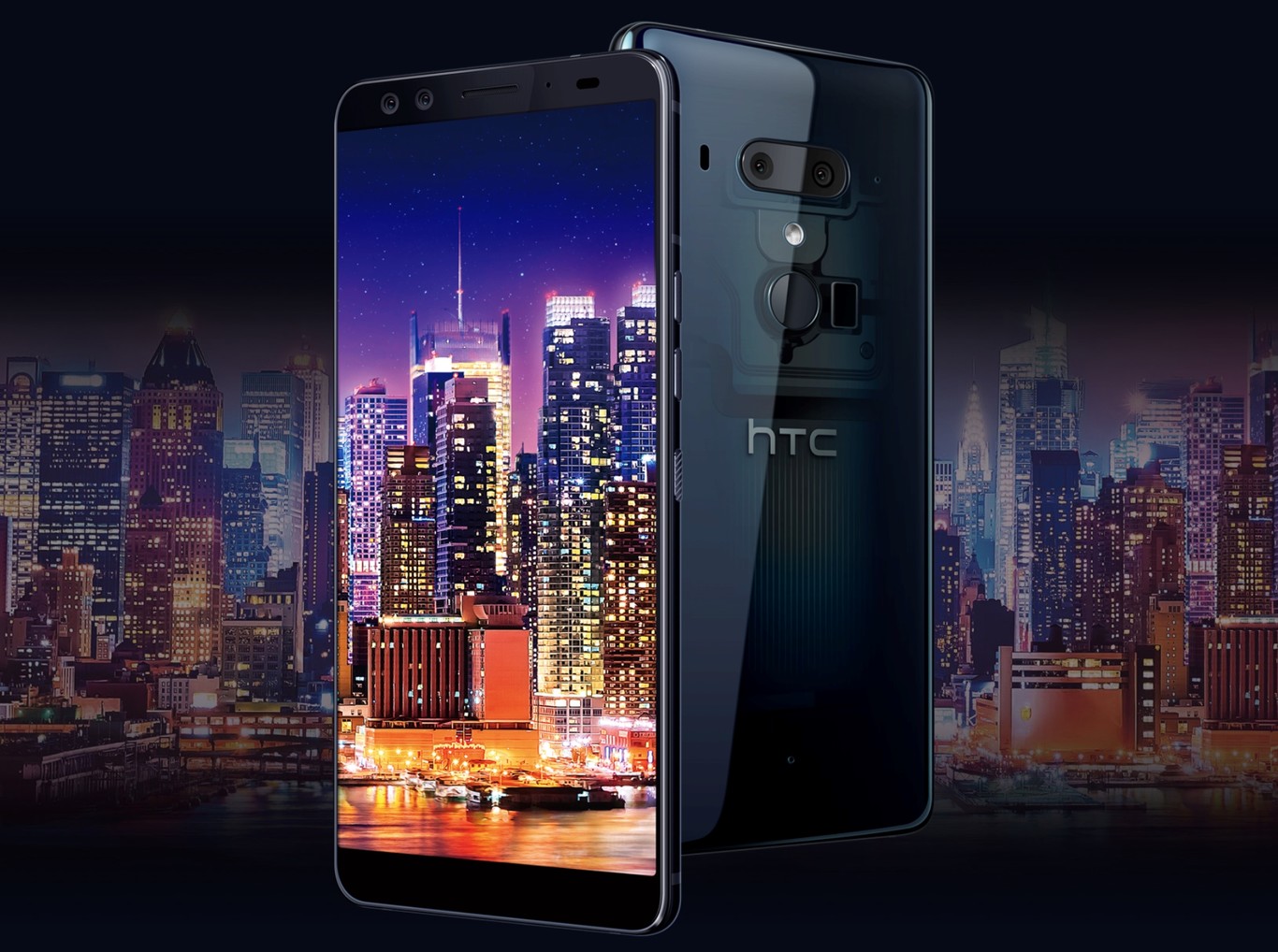 Software and prominence for Edge Sense 2

In terms of software the terminal is based on Android 8.0 practically without any customization. It is curious to see how HTC is betting not only on Google Assistant as a voice assistant, but also pre-installed Alexa in the United States and Baidu in China.

That bet software is complemented by the aforementioned Edge Sense 2 system that allows you to use the contour of the mobile as a surface on which to touch or tighten with our fingers and hands.

The system allows, for example, to access the operating mode with one hand to access everything you need with your thumb, for example, but we can also tighten the edges for things like taking a picture or launching the voice assistant.

HTC makes clear that although these are the basic options, Edge Sense 2 is compatible with “virtually any application in the Google Play Store.” So, we can press these sides to zoom in Google Maps, send a new mail or set a new calendar appointment, for example. This option can even be useful to improve the accessibility of the phone, also activating things like the dictation of the screen content.

Price and availability of the HTC U12 +

The terminal can already be booked in its two variants in the United States, while we have it available in the 64 GB version, which will be available in Translucent Blue and Ceramic Black and which has a price of 799 dollars.