The latest CPUs allow you to make the most of memories at very high clock frequencies: an example is the HyperX Predator RGB proposals, combined with an ASUS ROG Maximus X Formula motherboard.

The latest generations of processors, both Intel and AMD, have implemented official support for ever faster DDR4 memory standards. If until a few years ago most of the systems were based on DDR3 memory modules with frequencies of 1333 MHz or 1600 MHz, now the new Intel and AMD platforms for mainstream systems allow you to go to much higher frequencies. 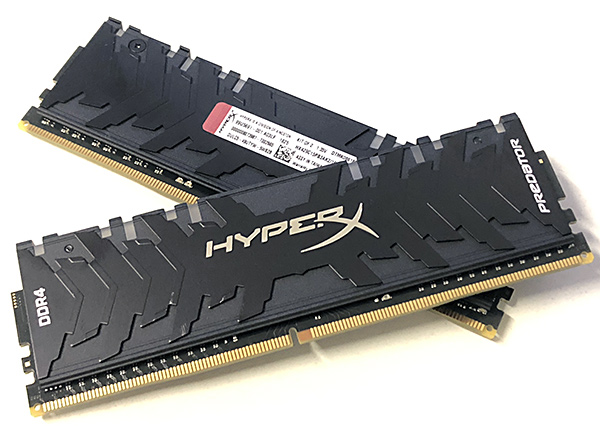 The DDR4 modules compatible with the most recent CPUs now see frequencies of 2666 MHz and 2933 MHz as default settings certified by JEDEC. Such high frequencies allow to obtain increased bandwidth, with a greater performance advantage with those applications that are strongly affected by the performance of the system memory. We can indicate between these tools related to data compression, or many games.

With the HyperX range Predator RGB offers high-performance DDR4 memories specifically developed for use with Intel and AMD processors, compatible with XMP specifications (eXtreme Memory Profile). These memories are characterized by a sober design, with black aluminum dissipation plates that are placed in direct contact with the memory chips, developing in height just under 1 cm beyond the memory PCB. 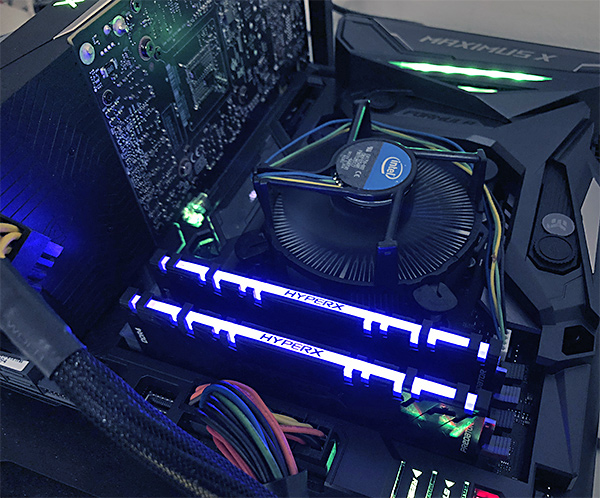 In the upper part of the modules there is a RGB LED strip, which can be interfaced with the management technologies developed by ASUS, Gigabyte, MSI and ASRock for their motherboards. This implies that it is possible to directly connect the motherboard’s RGB LEDs with those of the HyperX Predator RGB memories, obtaining lighting effects that are coordinated between the various components.

HyperX Predator RGB memories are available in versions that start at a maximum certified clock frequency of 2933 MHz, rising to 3200 MHz, 3600 MHz and 4000 MHz. The modules have a capacity of 8 Gbytes each, for configurations of 16 Gbytes in kit dual channel and 32 Gbytes for quad channel ones.

We had the opportunity to test a 2933 MHz dual channel HyperX Predator RGB kit in the laboratory. Installed on a motherboard with Intel Z370 chipset and Intel Core i5-8600K processor it was very simple, intervening from bios, to enable the clock frequency of 2933 MHz via XPM configuration. At this speed the HyperX modules use latencies equal to 15-17-17-39, values that are typical for memories operating at this clock frequency.

It is obviously possible to use these memories even at other more contained clock frequencies: the SPD chip is programmed by default to select different clock values and timings so as to find the best combination in terms of performance. It is obviously possible to intervene manually from bios, even pushing the clock frequency beyond the default value of 2933 MHz: the margins of success in this case are a combination of supply voltage, setting of memory timings and a bit of luck in the ability of our memories to operate permanently out of specification. 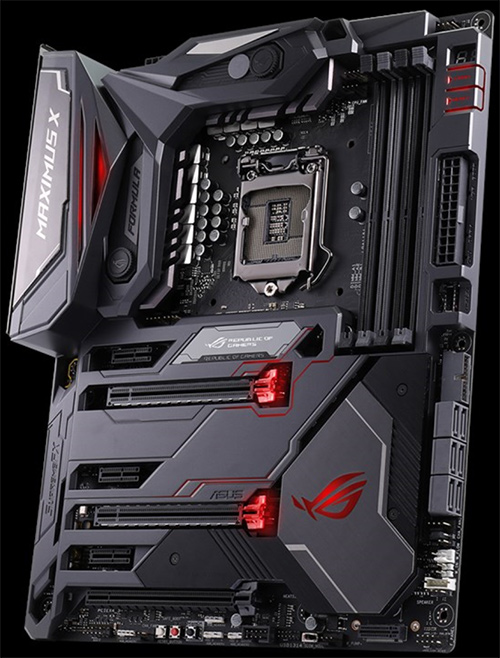 This card is characterized by the onboard presence of many accessories, as well as by a design that provides almost complete coverage of the PCB. In fact, both a voluminous dissipating structure in correspondence with the power supply circuitry are installed, in addition to covers that actually conceal the entire lower part of the PCB except for the PCI Express slots and for the surface connectors. The approach is also replicated in the lower part of the PCB, covered by a metal plate that gives extreme resistance to the card as well as protecting the lower components from accidental contact. 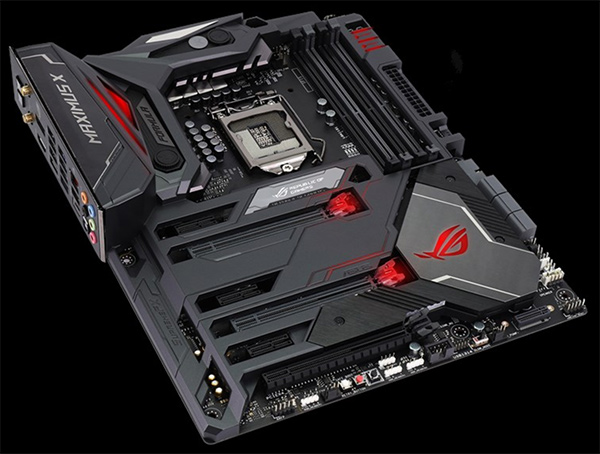 In the ROG family of solutions, the ASUS ROG Maximus X Formula card is specifically aimed at users who are more keen on tweaking and overclocking. This is easily observable by analyzing the very complex construction, the presence of a heat sink which can be adapted to a liquid kit for the power supply circuitry. The DDR4 memory can be pushed up to a frequency of 4.133 MHz, obviously using modules that are able to support this setting.

The 5-way optimization is a feature implemented by ASUS that allows to let the system automatically overclock the CPU. In combination with the custom clock generator, indicated with the name of PRO Clock, TPU (Turbo Unit Processor) selects the best balance between frequency and supply voltage to obtain the highest clock frequency that the CPU can maintain in a stable manner.

Of course, compatibility with the ASUS Aura Sync LED management system, which can also be exploited by Kingston memories, is not lacking. This allows you to create LED operating profiles that are synchronized between the motherboard and DDR4 memories, depending on the user’s personal preferences: exactly what we have successfully tested using HyperX Predator RGB memories.