We already said in our analysis that the Sony Xperia XZ2 looks like a transitional mobile, a track of the road that the Japanese can follow for the “flagship killer” that many hope that comes and that perhaps times has not yet been able to arrive.

This XZ2 premiered design pattern (Ambient Flow) with reduced frames and reinforced the benefits shown in its predecessor: a single main camera, super slow motion, good multimedia section. And it combines it with the safe bet of the Snapdragon 845. Is it enough to look at the rest of the high range of this 2018?

When Sony showed us the palm of a hand as a clue to the new design before it was launched at MWC 2018, few of us imagined that in the end it was a nod to a curve in the back of the terminal that, on the first touchdown, He felt very comfortable and with a very soft touch. It’s like that curve fits the palm of your hand.

The glass helps a lot in that pleasant feeling and overall the design meets its aesthetic goal. The XZ2 is beautiful and, above all, it distinguishes itself from the competition between a “sea of notchs” and “inspirations” of designs that are familiar to all of us. It is not alien to the problem of the crystal and the prints, although, everything is said, they are marked much less than the Huawei P20 Pro, for example.

However, over time that curve actually ends up seeing as a feature that fattens the thickness of the terminal to a maximum of 11.1 mm (the average high range is just over 70 mm) and that affects much to the weight (198 grams against the others, which reach as much as 189 grams, case of S9 +).

The most repeated comment when a friend or relative was holding the terminal in hand is “how much it weighs!” or “how fat he is!” and, effectively, the XZ2 has a better use of screen (a ratio that varies between 76.1% and 80.7%, depending on the accounts), but has grown in weight and thickness surely to relocate the internal components. And that has done without the jack connector.

In any case, that weight and thickness also give a feeling of robustness, not a phone that can break easily. Maybe I have noticed more because my personal phone is a Google Pixel 2, which is 143 grams, almost a quarter less than the XZ2, but, however, this section also goes in tastes.

With the disposition of the fingerprint sensor in the back, I had my disagreements. The first days I could not avoid touching the camera instead of the sensor by mistake, and that is that both components are located in the central part of the device, but lower than usual.

With the use you end up getting used to it, but the feeling is that you have to adapt yourself to the design and not the design to you, which is in theory what the designer’s want (that a design works best for as many people as possible).

Finally, that curved design does not get along well with the use of the phone on flat surfaces, especially because to unlock it when it is on the table you have to enter a pattern or code (the sensor is behind and there is no face unlocking) and the terminal is wobbles And, of course, the sensation of instability when you leave it on any surface is great (from the table itself, going through the sofa or loading in the car). 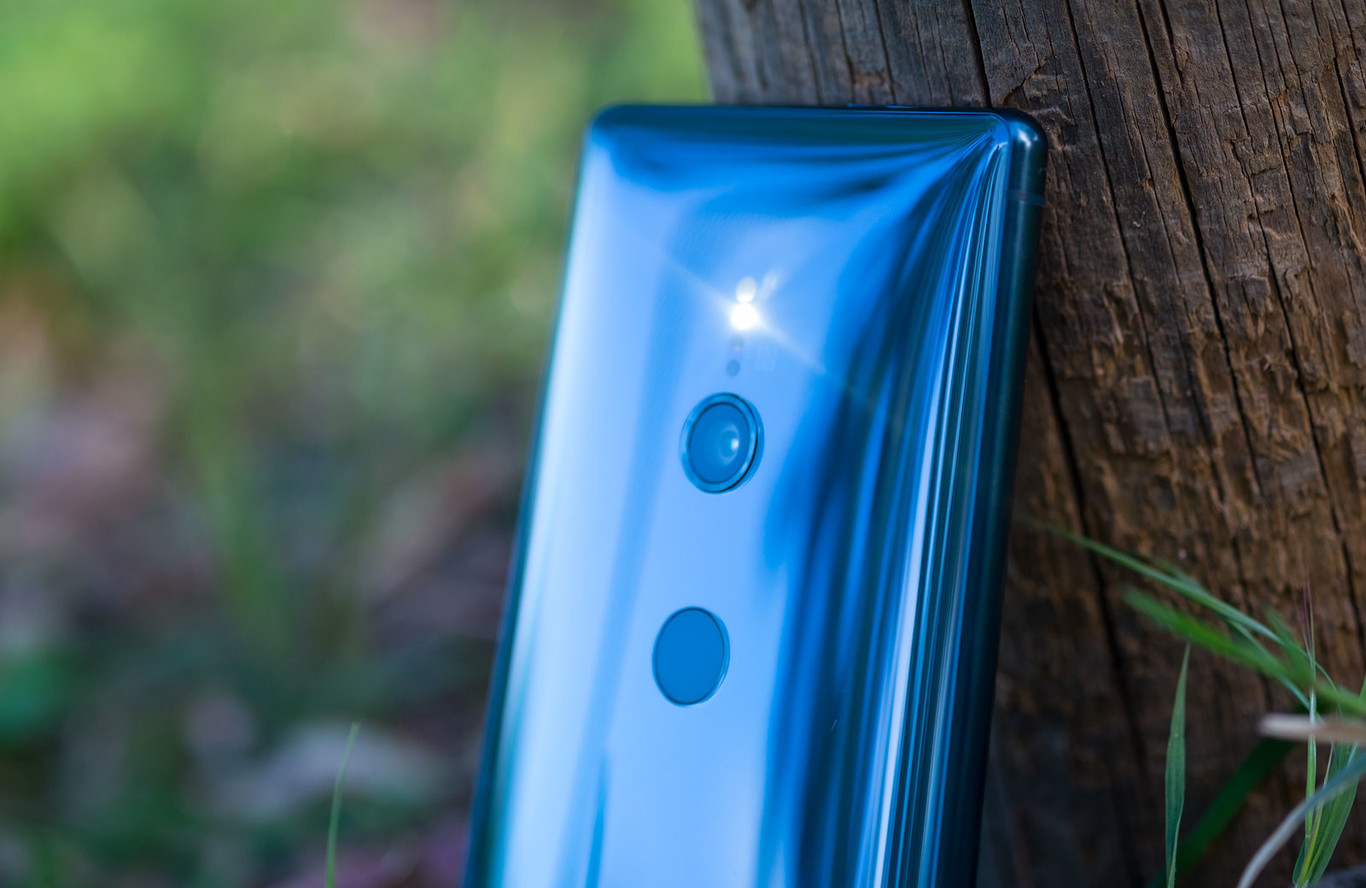 Turn on a phone in this range after reset factory (or release it) is always a joy. The challenge lies in its evolution with the passing of days, use, installation of applications, etc. This is one of the points that I liked and surprised about the XZ2, that that fluency and speed in the execution of tasks and applications remained intact throughout the month I used it as the main phone.

The Snapdragon 845 is pure muscle and the 4GB of RAM of the device are more than enough so that there are no lags of any kind, even with multitasking or long times with games demanding resources. I have not noticed warm-ups or unusual behaviors with the passing of days.

The autonomy was one of the points in which more doubts had. Those 3180 mAh, 5.7-inch screen and strengths like recording 4K HDR video represent a challenge on paper that I wanted to solve.

In days of moderate intensity the phone is placed in something more than five hours of screen activation, in the average of what we can find in this segment. However, it starts to suffer when we start to subject it to more “stress”, with high consumption applications and for long periods of time. In those cases it is difficult to exceed 4 hours of screen, although the fast charge here will be your best ally.

While I think Sony could have done better work in this aspect (I have the feeling that with that thickness could have fitted a battery with greater capacity), it does have details such as the care of the battery, which tries to preserve an optimal state.

For example, at night it does not charge at a normal pace and what it does is that it reduces the time when the phone is charged above 90%. According to Sony, this extends the life of the battery. It takes longer to load with this mode running, although it can be deactivated without problem.

In summary: outstanding performance and an autonomy in the average of the current high-end that begins to suffer with very strenuous uses, in which you will need to go through a plug to end the day.

What I liked the least in this time of the XZ2 is the software section.

We start from the basis that, between operating system and pre-installed applications, the phone “eats” 14.9 GB of storage. Taking into account that the terminal comes with 64 GB of ROM, operatives are, in reality, 49 GB. It is not a problem of capacity in itself, because if it were not enough you have a slot for micro SD up to 400 GB, but it gives a hint of what Sony’s customization layer, Xperia UI is like.

Of course, each person is more comfortable with Android layers or others, but there are objective issues that do not help the user experience, such as Xperia Lounge, Sony’s loyalty application, sending you spam quite often.

As a user I might accept personalized advertising with offers or actions that may interest me, but I do not think it’s a good idea to assault in one of the most private environments of a person (your mobile) with ads that, as we see, the notification bar collapses and they bother. And they are not personalized either.

You can deactivate the Xperia Lounge notifications, but it seems an invasive strategy to approach the user.

On the other hand, something I do not quite understand is why when you install a new application it does not appear by default in the application drawer. You have to search each one manually and take it there and then decide if you want to create a folder or place it on the desktop, on the second page, etc. 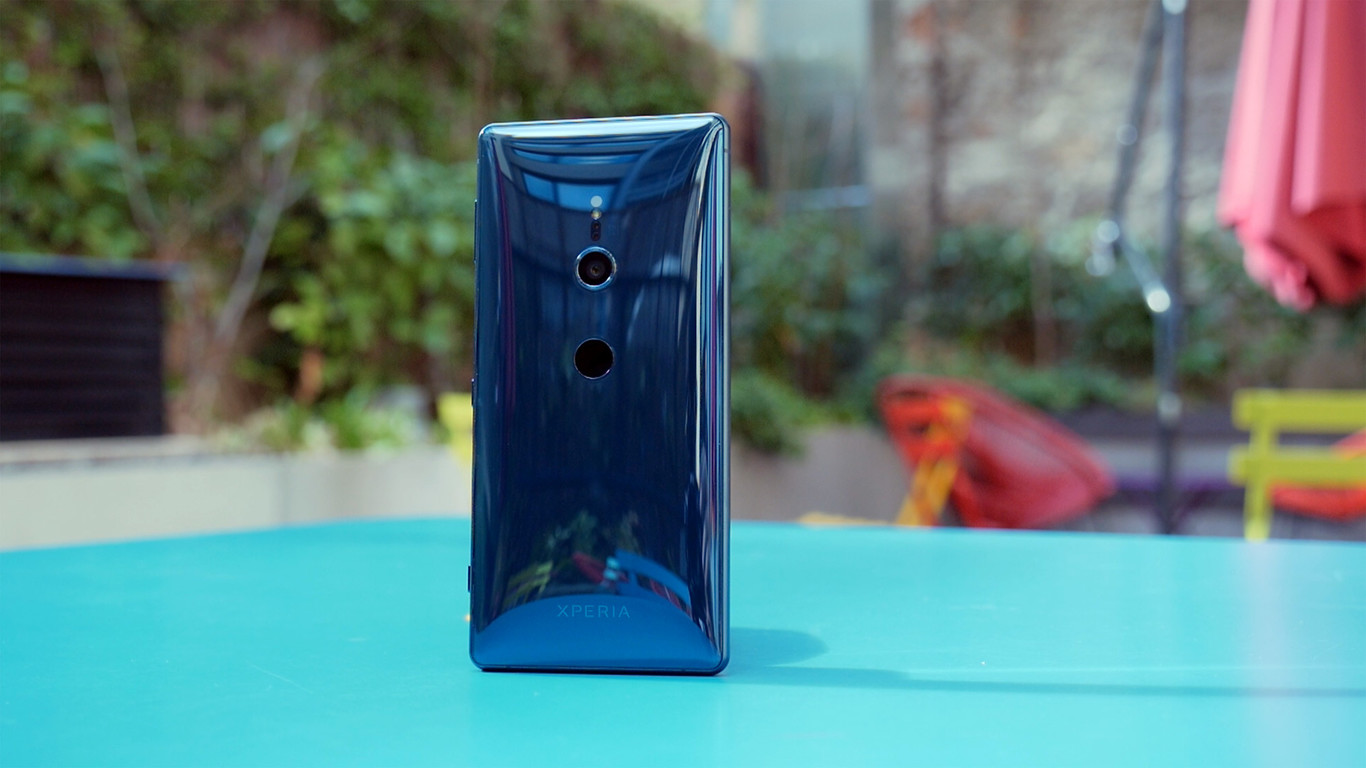 And this is a problem beyond the annoyance caused because the search engine of Sony offers you to search the applications installed only on Google Play. What happens if you install applications that are not from Google Play, such as the Amazon app store, for example? It’s going to be difficult for you to locate them. In addition, the search engine itself suggests “recommended applications” and, among them, there are some sponsored.

Finally, the applications that are installed by default (and that do appear in the corresponding drawer) are not ordered alphabetically. Where is “Settings”? Top left and, therefore, from the perspective of user experience, no apparent logic, although this also happens in other layers of customization such as Samsung.

Not everything is negative in this section: although the pre-installed software is heavy, the phone moves at all times with great fluidity, so, as we discussed in performance, there has been great optimization work and there Sony has done very good.

My colleague Anna threw off the XZ2 camera in her analysis and in my tests I have achieved similar results, so for not having the same thing, I will summarize the main thing.

The main camera of 19 megapixels is good, it performs beautifully in good light conditions and, with some skill, and you can also take advantage of it at night. Despite not having a double camera, the XZ2 is very good at macros. It is really easy to take pictures of objects up close and blur the background.

The only complaints I put to the camera are: the predictive approach makes the taking of each photo slower than usual, although it is very useful with moving objects; although it has a dedicated application to achieve a bokeh effect, the results are very poor in most cases.

On the other hand, the selfie camera performs very well with clear and correctly illuminated results when conditions are good. When the light is weaker, difficulties begin, although this is not new in front cameras either.

Finally, video recording is one of its strengths , like the super slow motion, although as a user it would cost me to opt for this phone only for a good slow motion, which is a resource that, at least in my case, I use very little (unlike the bokeh effect, for example).

In the review we pointed out that the XZ2 would be in the bid for being one of the multimedia smartphones of the year and, without a doubt, this is its main asset. Not so much by rather discrete additions, such as the Sony Dynamic Vibration, which does not contribute much beyond the often random vibrations when you play or consume series or videos, or the anecdotal 3D Creator, but by the quality of the screen and audio.

Sony would have topped including an OLED panel on the device (I do not say it for pleasure, but for objective results in contrast and energy efficiency), but is satisfied with a good IPS that performs well in all situations, although I miss several more points of brightness in the street in full sunlight and perhaps a slightly more refined automatic brightness setting (indoors, it often does strange things). Of course, all the options for color customization and screen settings offered by the device are appreciated.

And being as Sony is also an audio company, sound is another of the strong points. Good acoustic pressure from the speakers and extras such as a dynamic normalizer or DSEE HX technology to imitate the high resolution make watching both content and listening to music a lot.

I think that this XZ2 is a “version 1.0” of the new Sony in smartphones, and this implies that there are positive and negative aspects. It is a balanced phone that competes with a competitive high-end and that is why you may not be forgiven for features that many take for granted already in this segment (double camera, OLED screen, more refined software) and its price ($799 ).

However, its virtues make it a good option to buy especially for those looking for a large multimedia section. But, for me, the great news is that Sony has taken great steps (and necessary) to not be left behind. Debugging some of the aspects not so good that we have commented, the “new Sony” and its smartphones can be the beginning of a beautiful friendship. And the return of Sony to the top of the mobile high-end.