It has long been rumored that Microsoft is working on a mobile or tablet folding, and two new patents that have just been granted seem to confirm that they are working on a similar concept. One of them seeks to solve how to make the images look good on the curved edges of a screen, and the other the possible positions in which a folding device could be used and how to add physical buttons.

Since October 2017 we have been talking about the “Project Andromeda”, the code name of a supposed folding tablet for which Microsoft has been receiving patents since January 2017. In this way, and because of what we see in the patent, the idea could be to make a folding device that was the size of a mobile, but could be opened to serve as a tablet.

In addition, the patent seems to indicate that Microsoft does not want to hear or talk about adding frames to each of the screens as ZTE made with Axon M. Instead, there would be curved screens linked by a hinge that gave a sense of continuity to having a completely open device.

In any case, not all patents end up becoming a definitive product, so it is still too early to give too much credibility to something that at the moment are only unconfirmed rumors. In addition, even if they were working on a device like this, there is always the possibility that Microsoft will end up discarding it if it does not convince you the address it has. 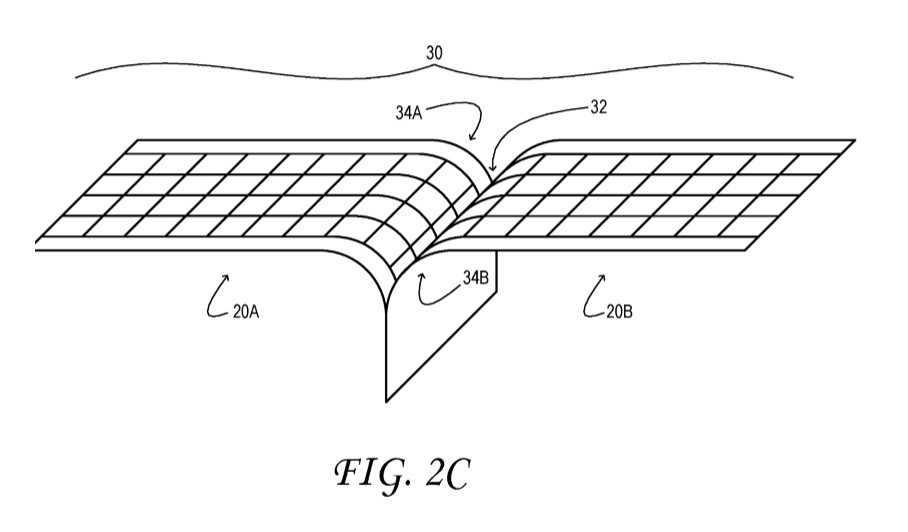 The first patent is called “Curved edge screen with controlled luminance”. Describe how to make the curved edges of a screen look flat, which would be great if you were working on a folding device.

The idea would be to place a special layer on the curved edges of the screen that would reorient the light emitted by the curved screen so that it would run parallel to the rest of the flat screen. In this way, even though the edge of the screen is curved, the images would look as if the whole screen were flat. 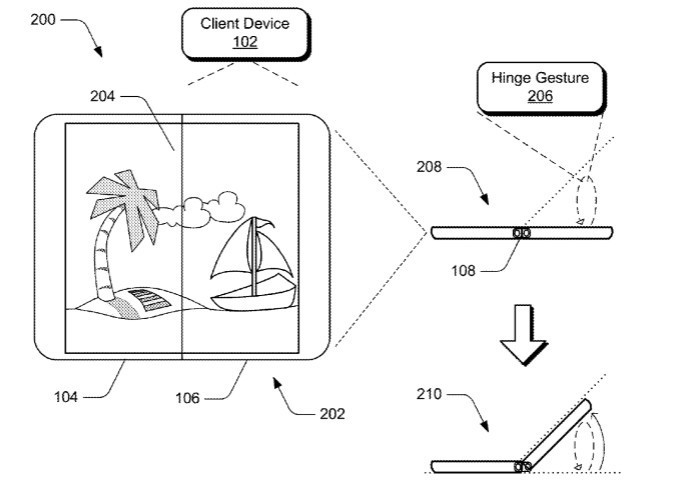 The second patent is called “Input based on interactions with a physical hinge,” and explores how to interact with a curved screen in which there is a physical hinge. This is the patent that most blows the imagination of those who want to believe that “Project Andromeda” is real, since it includes illustrations that show a mobile device that fits in both hands as a tablet, and that folds in the center of the screen through hinges.

In the text of this second patent, Microsoft explains that the devices with several screens connected with hinges are a challenge, since the gestural and tactile controls of conventional mobiles are inefficient when having to hold them with both hands. 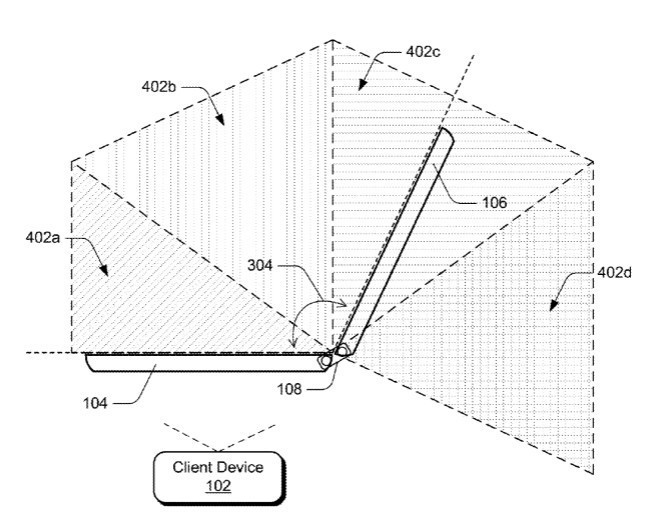 The Microsoft solution is what the patent calls “hinge gestures”, which is a system by which both the hardware and the operating system are aware of the hinge, its orientation and the way in which the user has it. In this way, it could be adapted if the device is half-folded or completely flat.

Continue Reading: These are the key design in the successful transformation that Microsoft has done with Xbox One S 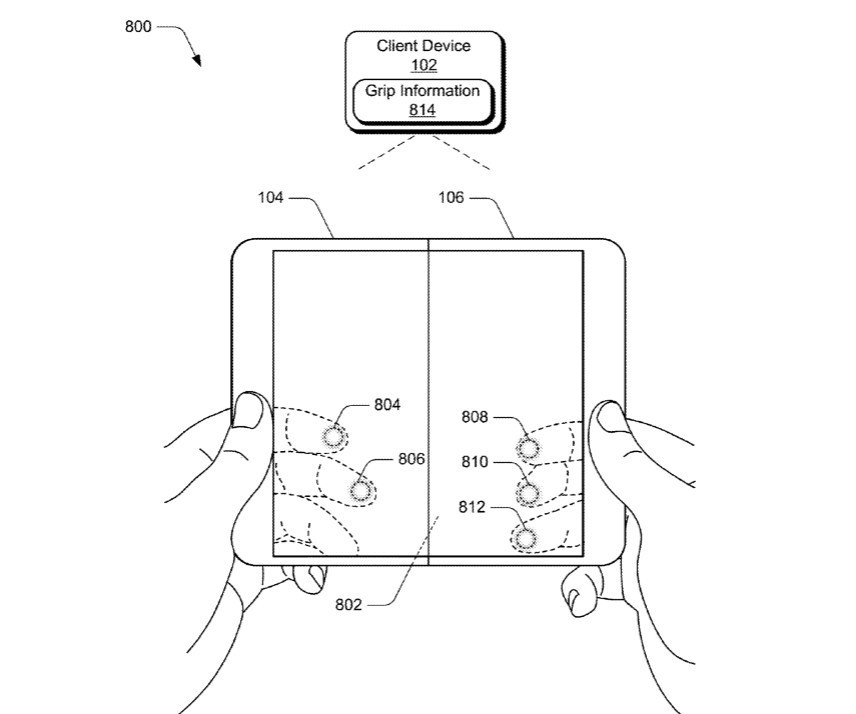 This would be something very similar to the current Microsoft Cshell, the adaptive UI of Continuum in which the operating system adjusts the content depending on the size of the screen, the type of device or the orientation. For this, the patent says that indicators could be used as tactile signals to know how the user is holding his device, or sensors with which to read the speed at which he is interacting with the hinge.

But as much as we are seeing, at the moment “Project Andromeda” is just a rumor that has not been confirmed by Microsoft. The project was leaked in December last year, and this March a popular filtering said on Twitter that the theoretical device was also called “Project AND” or “Project Adaptive Notebook Device”, which translated to mean “Portable device project adaptable”. 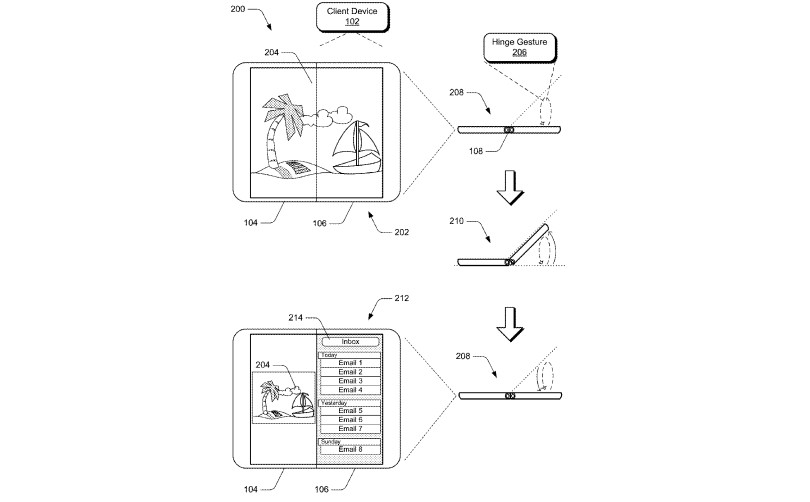 To add more fuel to the fire of the rumor mill, a designer also created the render of how he imagined this device, which we used as the head of this article, and in which he made reference to rumors that also pointed to that it could reach the marketed market within the Surface range. A foldable Surface maybe?

In any case and although it does not stop being something that has not been confirmed, it makes sense that Microsoft wants to get strong and as soon as possible in the career of folding devices. ZTE has hit first with its Axon M, which in passing is a perfect sample of everything that remains to be solved in terms of hinges, and we have been seeing how Samsung is also granted patents related to folding devices.

Therefore, the race to launch a device with these characteristics is real, and it is not surprising that large companies want to lead it. In addition, for Microsoft is a golden opportunity to get back on the map of mobile devices after the fiasco that ended up being his attempt to do with Windows Phone. What we do not know is when this device could arrive. It seems too spectacular to be real, so maybe it’s still a year or two later.