The athletes are more inclined to use simple items and made specifically for sports, able to do a few things but well and, above all, they should not be put under too much charge. Perhaps for this Fitbit was not convinced to take the plunge, offering us a smartwatch full of features. Now, however, athletes and enthusiasts will have a new electronic device to entrust the measurement of their sports performance: The Fitbit Ionic. 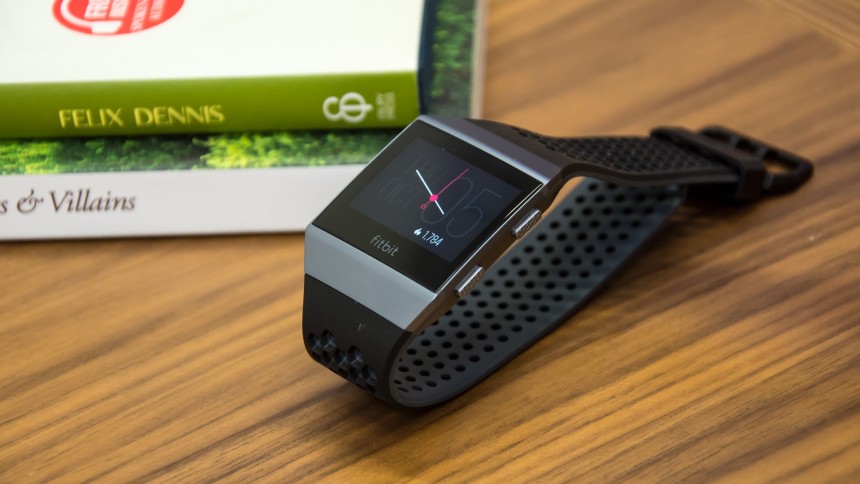 In fact, Fitbit has finally decided to enrich its offer with a new electronic device with great performance, as always fully respecting the needs of sportsmen. The evolution of the technologies used in the sector and the lower cost of the sensors has finally convinced the Californian Company to adapt to the times and to launch on the market what could represent a big step forward for all those who are used to train daily: The Fitbit Ionic smartwatch.

Why should a sportsman buy Ionic?

Despite the recent opening and launch of a new smartwatch, Fitbit has not thought to revise its corporate mission. The new Ionic, in fact, presented a few days before the start of the IFA due to a leak of news that would have hastened the launch, remains an article specifically dedicated to sportsmen.

Ionic includes a good number of functions and notifications but, as was to be expected, all the salient aspects of this device are designed specifically for the detection of the various phases of which the workout is composed. And Ionic is suitable for a large number of different activities, considering the ability to detect the times used during swimming sessions, thanks to the high resistance to water that the company has set in 50 meters depth.

The new device also integrates a comfortable sensor capable of detecting the heartbeat, which has now become a must for this kind of devices, and an additional sensor called SpO2 (identical to those that equip the pulse oximeters in the hospital equipment). The latter has the power to indicate the levels of oxygenation of the blood and may be of great importance in the analysis of the results obtained during training. Ionic is equipped with the classic operating system designed by Fitbit, updated for the occurrence and compatible with both iOS and Android. 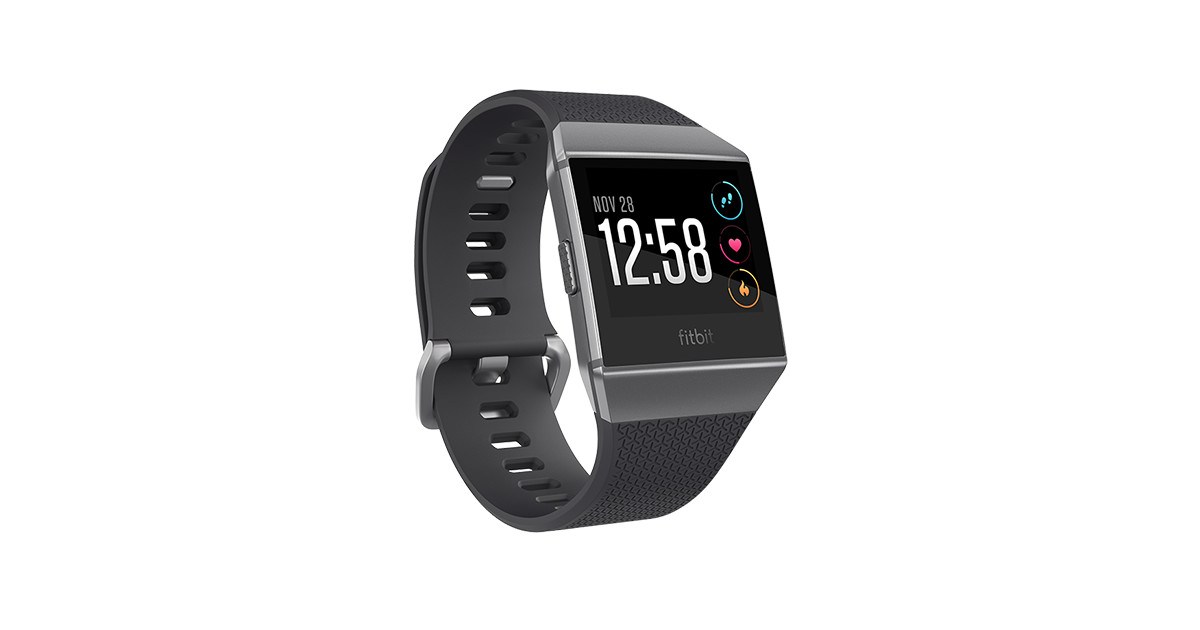 The first ones who were lucky enough to test Ionic claimed to have had an excellent impression: Ionic, in fact, is very light, its use is quite intuitive and the display is sufficiently bright. Among the different colors currently available, the most interesting is the color of Siena, which completely subverts the classic color combinations used by this kind of devices. Ionic also allows you to load music tracks in memory to be played using Bluetooth headsets. All this thanks to an integrated 2.5 GB memory.

If most of the functions of the device have already convinced many fans, there is some doubt about the design, which according to many experts in the field is slightly squared and too edgy. Particularly interesting is the integration of the NFC chip, which allows payments to be made at each contactless POS using credit cards belonging to the Visa and MasterCard circuits. For payment, all you have to do is bring your wrist closer to the reader. Fitbit has thought of everything: to avoid unwanted readings and payments, the function must be activated manually. To ensure an additional level of security, moreover, we think the appropriate PIN, which must be introduced every time the smartwatch is worn.

How does the battery behave?

Despite the good performance of advanced features and sensors, the supplied battery has shown a good life: every charge of the Fitonic Ionic allows you to use the device to its maximum capacity up to four days! The only function that can download the Ionic battery faster is GPS. The runners who use it very frequently, in fact, may need some extra reloads.

All the main features offered by Fitbit Ionic 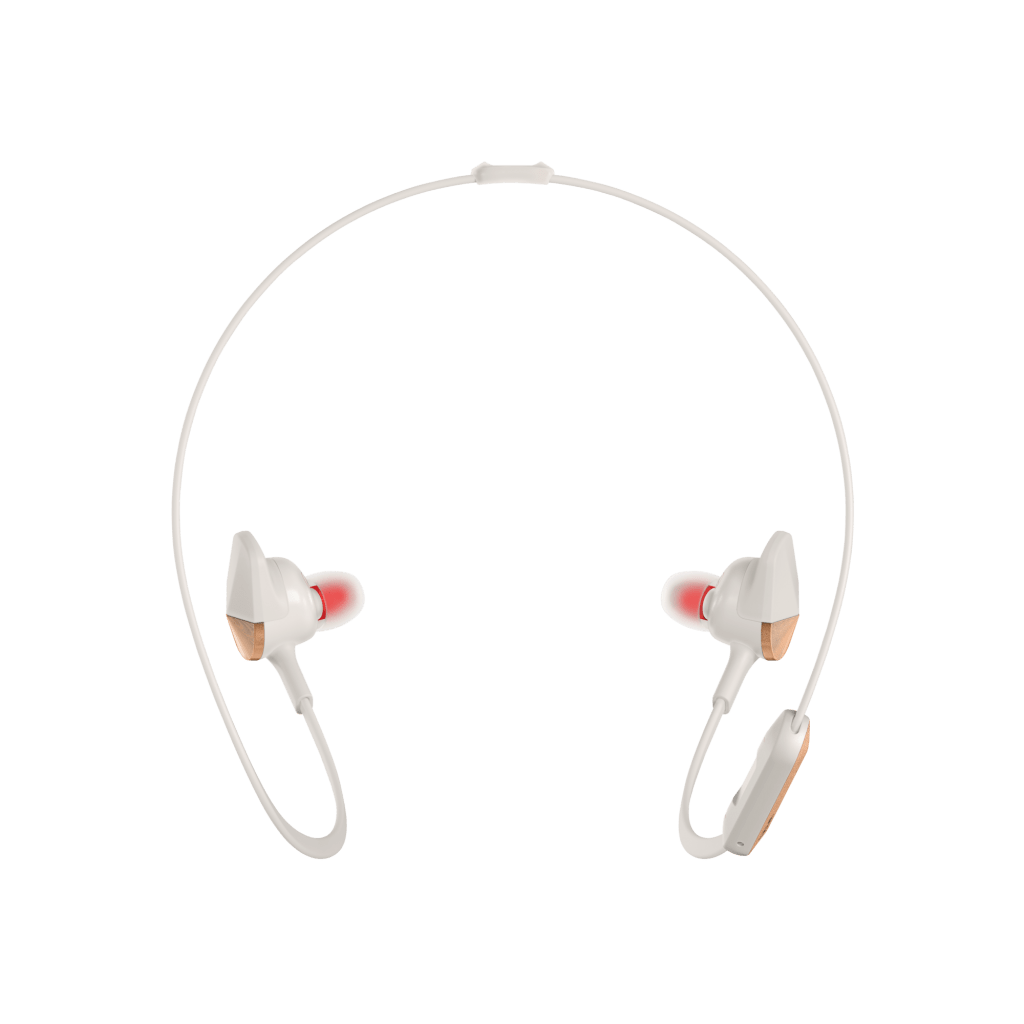 Fitbit Flyer, the headphones that pair with Ionic

Together with Ionic, Fitbit also presented to the public the new Fitbit Flyer headphones, the very light and comfortable Bluetooth headsets, which guarantee a high resistance to sweat and water. Perfect for anyone playing sports, these headphones are compatible with the new Ionic smartwatch and can be connected to multiple devices at a time. Also in the construction of these headphones, Fitbit has worked very well on autonomy, so much so that it can take up to six hours. The Flyers also incorporate an innovative quick-charge mode, while the only small flaw identified is that they do not offer active noise cancellation.

These new headphones just launched by Fitbit are candidates to take on the role of direct competitors of Samsung’s Gear IconX, which, despite the many similarities, have a much more advanced noise elimination system and can also be used as an MP3 player, thanks to valuable integrated storage space.