One of the products that is experiencing more growth within the world of sound are smart speakers. The vast majority of manufacturers are investing large amounts of artificial intelligence and Google Assistant is becoming quite common. During CES, we saw several products to compete against Google Home Max and Apple’s HomePod, but the latter plays in another league : that of brands specializing in sound such as Sonos or Bang & Olufsen.

To compete in this segment of smart devices but with high resolution audio, LG is allied with Meridian, a British company specializing in sound equipment. We present three new bluetooth speakers, a renewal of its more advanced sound bar and the LG ThinQ WK7, a smart speaker with a fairly familiar cylindrical design and that opens new compatibility with the new ecosystem Android Things. 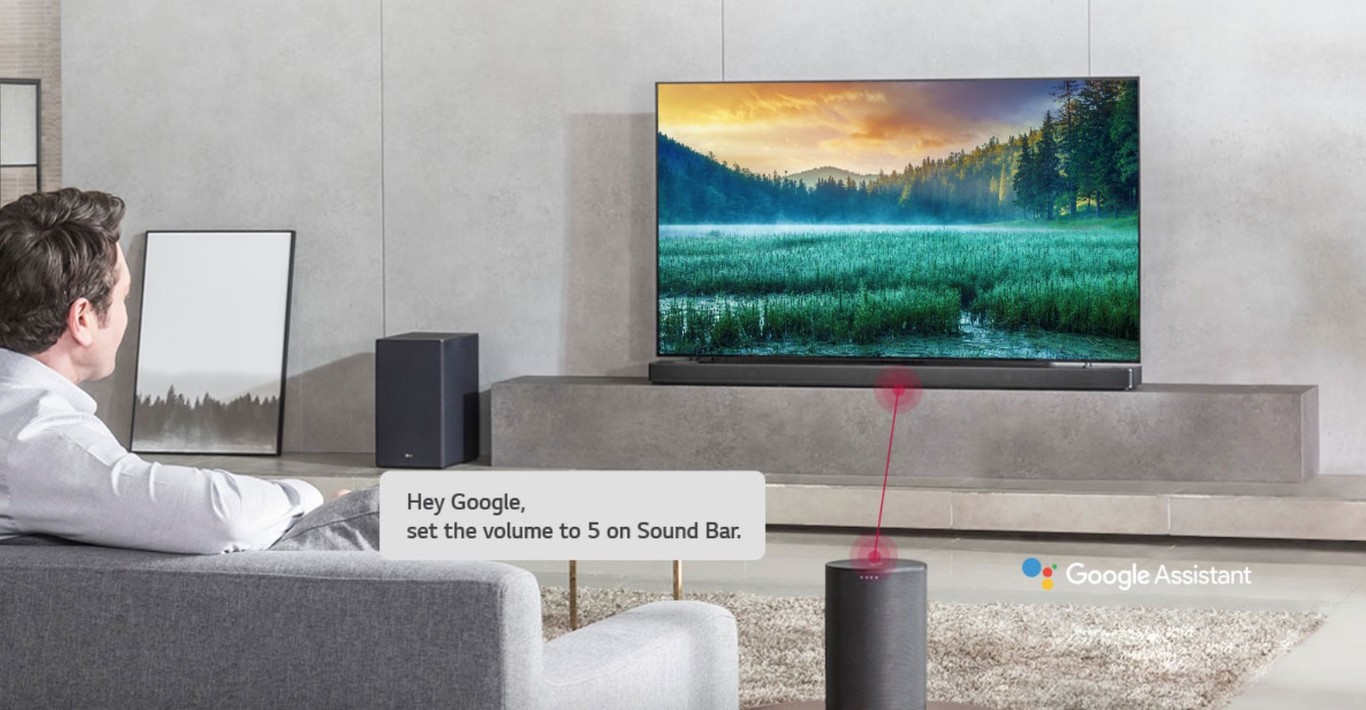 To launch this collaboration with Meridian, LG presents the LG ThinQ WK7. We are facing a loudspeaker that will serve as a gateway to control the home, find information and listen to music in good quality. It is a smart speaker with a cylindrical design very similar to its rivals Google and Apple, with 21 cm in height, 13 in diameter and a weight of 2 kg.

The Apple HomePod and the Google Home Max have a new rival. The LG WK7 ThinQ comes with cylindrical design, compatible with Google Assistant and sound signed by Meridian.

The LG ThinQ WK7 offers a power of 30W with a 0.8 inch tweeter and a 3.5″ woofer. Its shape is designed for sound to arise in all directions and we have HiRes Audio, a sound format in 24 bit / 96KHz that has already become the standard for those seeking music with the best fidelity.

While LG has built the speaker, Meridian is responsible for equalizing the sound and adjusting it based on their experience. In the first range of products with the stamp of the British company has improved the fidelity of the voices to make them clearer and increasing the strength of the serious.

The speaker works connected to the current as it is designed for indoor use. We have WiFi connectivity, BT 4.0 and is equipped with the latest Google technologies for the home. The LG ThinQ WK7 is a compatible product with Google Assistant to be able to speak to you naturally and to respond to information. We can activate it using the classic commands “OK, Google” or “Hey, Google” and also Google Cast to send content to the TV or other products within the same ecosystem.

Android Things is the operating system of Google for the Internet of Things. The official launch is expected for the Google I / O 2018 but the first connected products that will be compatible with this ecosystem are already arriving and will allow through Google Assistant to control other devices of Weave, Nest and new brands that for sure They will end up arriving. The LG ThinQ WK7 is the first officially presented speaker that announces its compatibility with Android Things, which ensures it to follow the latest in connectivity for at least the next year.

At the moment it is only available in the USA since the system only understands English, although it is able to identify up to six different voices.

What is your alliance with Meridian based on?

In 2014 we saw how LG bet on Harman Kardon to improve the sound of its high-end TVs. This alliance already paid off, but two years later Samsung bought the American manufacturer. Now LG is moving again and is partnering with Meridian, a company founded in 1977 and recognized for the creation of audio codecs such as MLP or MQA, the first of which was licensed to Dolby to create Dolby True HD Lossless Audio. They also boast of having created the Meridian D6000, the world’s first digital speaker using DSP.

With some 65 employees and based in Huntingdon, United Kingdom, Meridian engineers show us their facilities where they manufacture and test their audio products: amplifiers, premium range speakers and surround equipment. A meticulous and highly specialized company whose alliance with LG easily fits into their philosophy as a company.

LG is responsible for design and manufacturing, but will bet on Meridian’s experience when calibrating the sound of new devices. 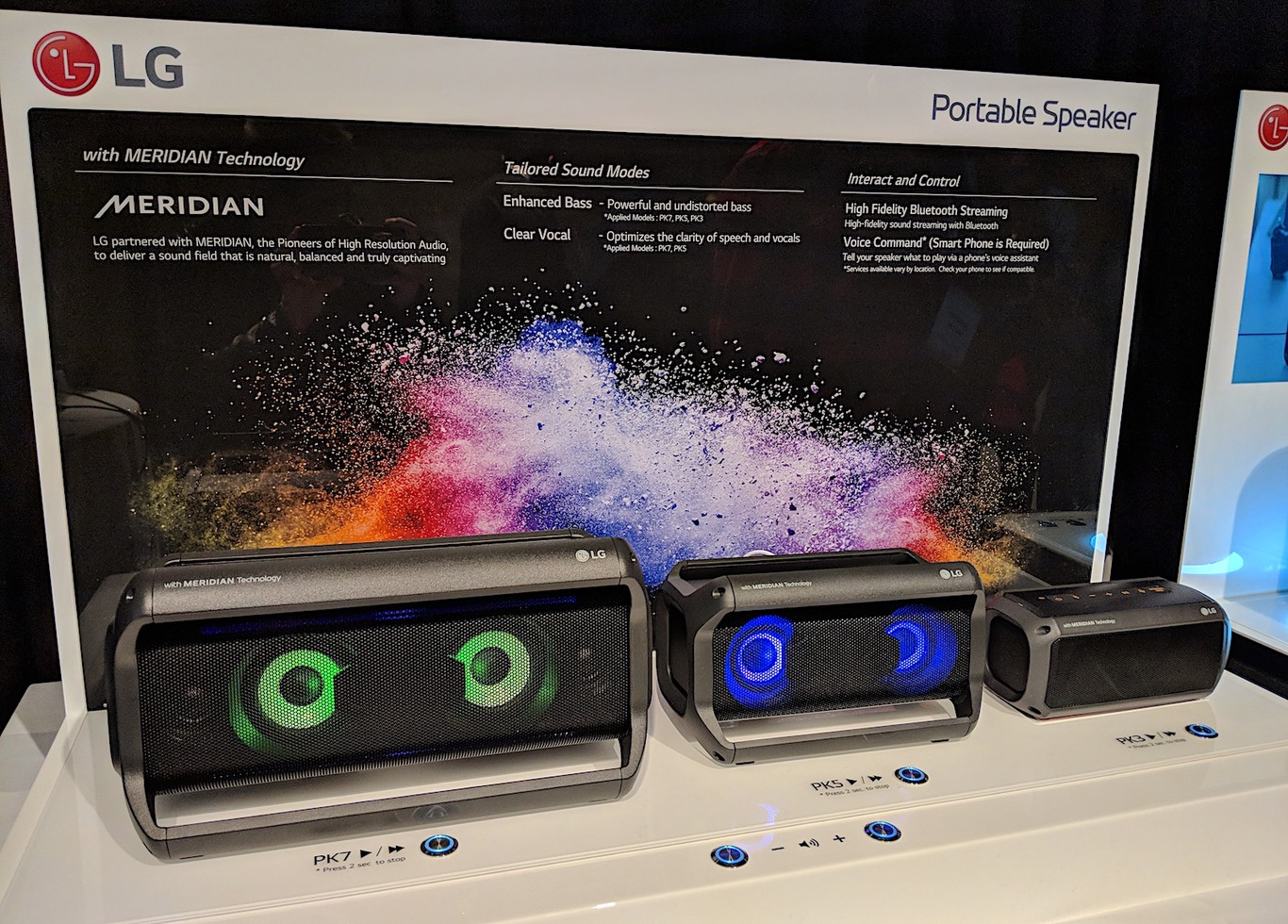 The alliance with Meridian is expected at least for a couple of years although there are no official data on its duration. The South Korean manufacturer creates its products but before putting them on the market consult Meridian to equalize, calibrate the sound and see if modifications can be made as in the case of the weight and disposition of some elements.

LG obtains the experience of a brand specializing in sound as well as its reputation, while Meridian achieves greater recognition and a contract with a manufacturer whose products have a volume of sales far superior to theirs. An alliance which contrasts with which they have in the mobile sector with B & O.

In addition to the new smart speaker, this new alliance with Meridian serves LG to introduce its new range of outdoor bluetooth speakers. We have three models: the LG PK7, PK5 and PK3. Each in a different size and power but all with a similar design, multicolored lights that change to the sound of music, handles to transport them easily and a front grid that allows you to appreciate the two internal passive radiators.

We are facing bluetooth speakers capable of playing via Hi-Res Audio 24-bit streaming and have a power ranging from approximately 10W in the smallest model to 40W of the LG PK7, the only model that can also be connected to the current to increase its power and also has two aluminum tweeters.

The three models have a sound signed by Meridian, are water resistant and have buttons to perform voice commands to the mobile. Here we leave the comparative table.

The new bluetooth speakers of the LG PK series have an extravagant design, striking lights and a sound with blunt bass. Three models available in various sizes with prices from 99 dollars.

We do not have multiroom, but with two LG PK7 we can create a stereo system up to 80W. Some speakers that we have been able to test, sound very good and are really striking. LG did not have an easily identifiable design in the field of bluetooth speakers focused for outdoor and with this LG PK series we believe that they can get it. 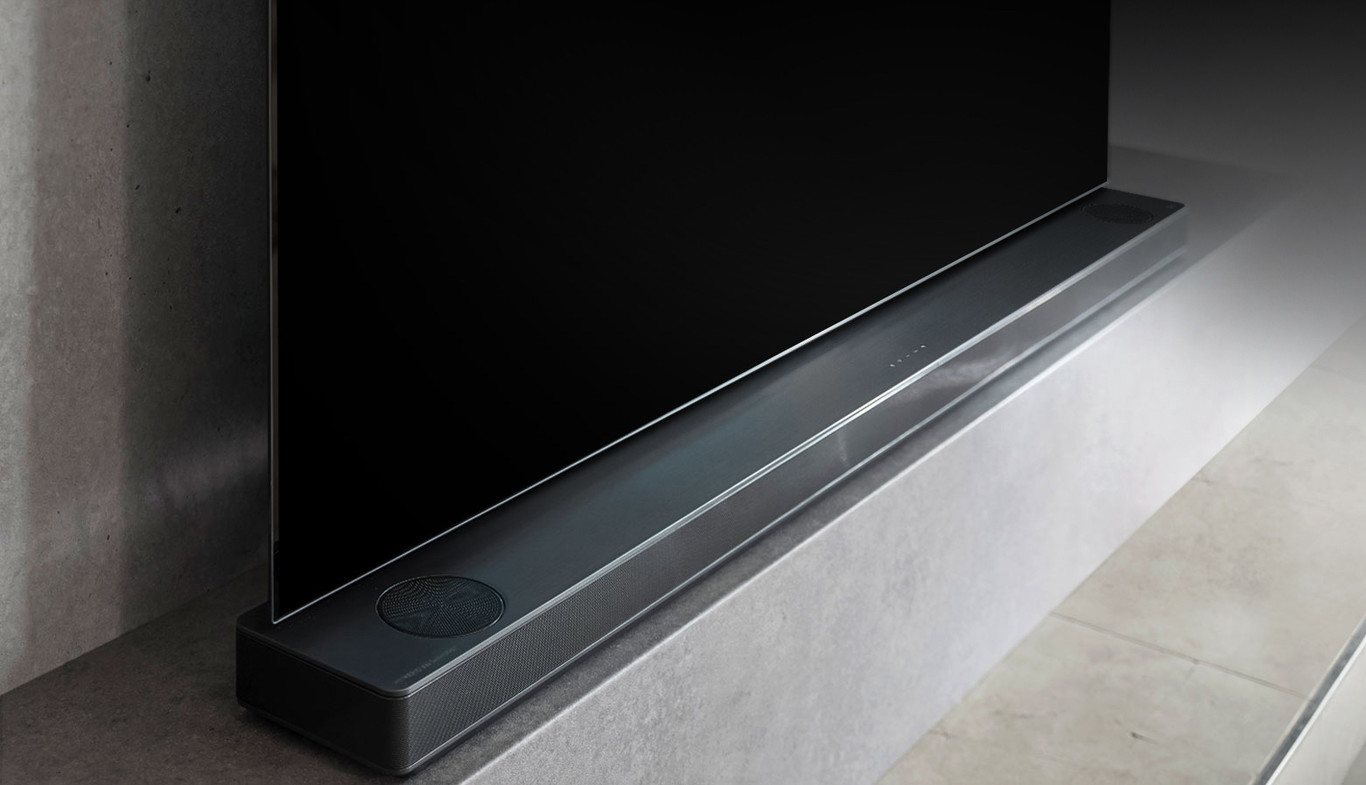 The latest product presented by LG with Meridian is the new high-end sound bar SK10Y. We are facing a bar with a power of 550W that can increase to 690W with the addition of complementary speakers SPK8-S to form a sound equipment 7.1.2.

We have Dolby Atmos sound, HiRes Audio 24 bit up to 192KHz, compatible with Google Assistant and double HDMI 4K Pass Through output. An extra connector with respect to the SJ9 model from last year. The SK10Y has an integrated sound camera and allows you to adjust the Dolby Atmos sound according to the height thanks to five speakers integrated in the bar itself. Its price will be 1199 dollars and is available from April. In case we want to add additional surround speakers we must add another 149 dollars.