Apple has not released a pledge, but those who know it well claim that the company will stop using Intel CPUs on their Mac in 2020 and will start using proprietary processors based on the ARM architecture.

The movement, in the absence of confirmation by Apple, seems logical and natural, but in addition to the unknowns about the hardware transition there are others equally important about software. How will the transition be made? Will they be iOS-based or macOS-based? 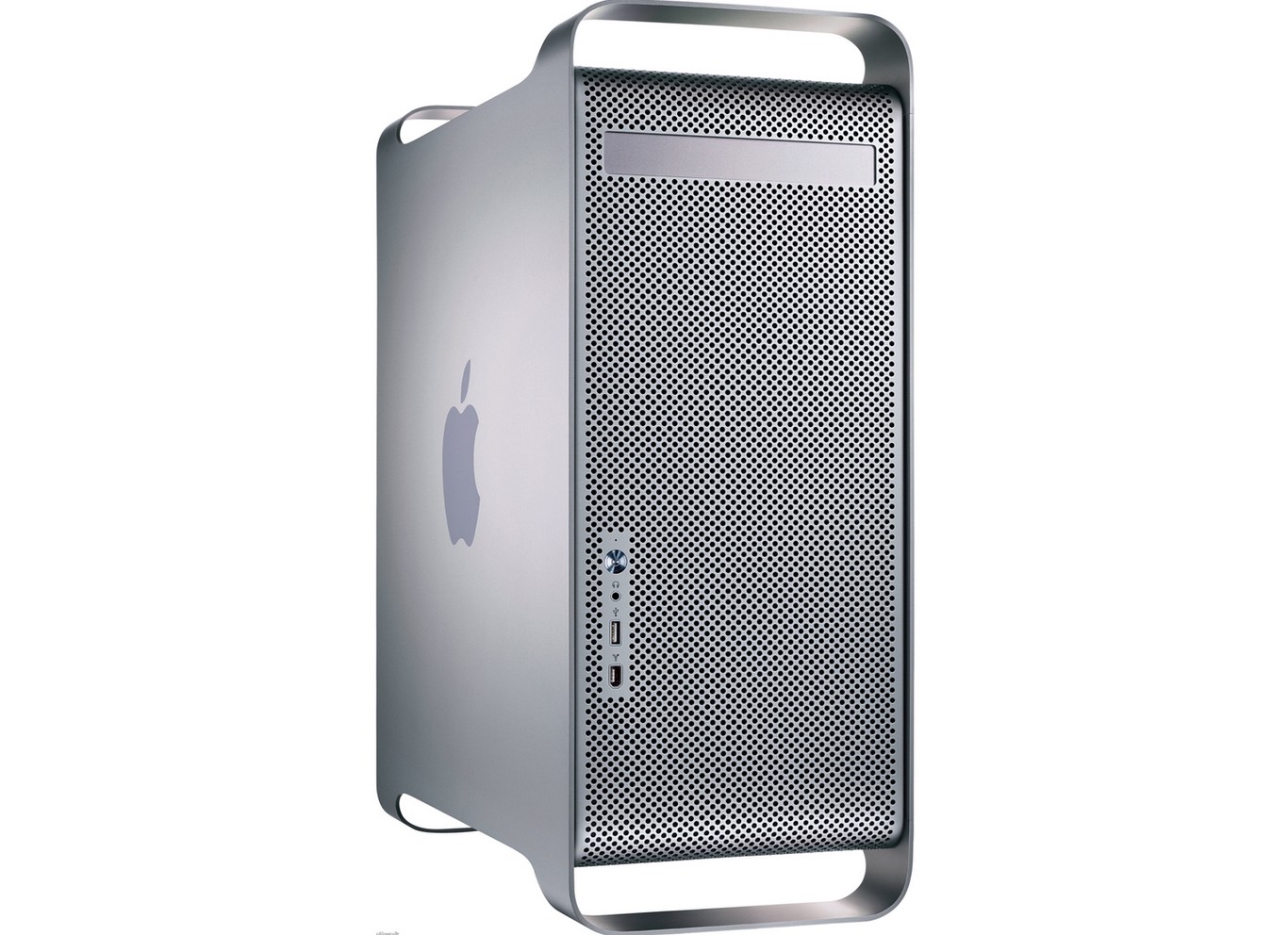 At Apple they seem to be preparing one of the most ambitious transitions in their history – if not the most – with the so-called Kalamata project. The rumors about the potential appearance of MacBooks based on ARM have been taking place for years, for many (and I include myself) the question was not whether Apple would do it, but when it would take this step.

It will certainly not be the first time you face a transition of this kind. He did it in the mid-1990s when the Macs based on Motorola 680×0 processors made the leap to PowerPC processors, and he did it again completely by surprise in 2005, when Steve jobs announced that they were abandoning those PowerPC to start using Intel processors in their equipment.

The other great historical transition of Apple was at the software level, and affected the change from Mac OS 9 to Mac OS X, although those directly related to this new milestone are the two previously mentioned.

In both cases the possible criticisms and challenges before those difficult transitions ended up being overcome: by the time Apple announced those decisions, the road was already well marked, and you just had to follow it.

In both cases, the change was a success that managed to make the Macs continue to be benchmarks in the segment of desktops and laptops, and if Apple finally makes the leap to ARM processors themselves as we see on your iPhone and iPad it is to be expected that those same barriers and criticisms -which will appear, surely- will disappear after a certain time. 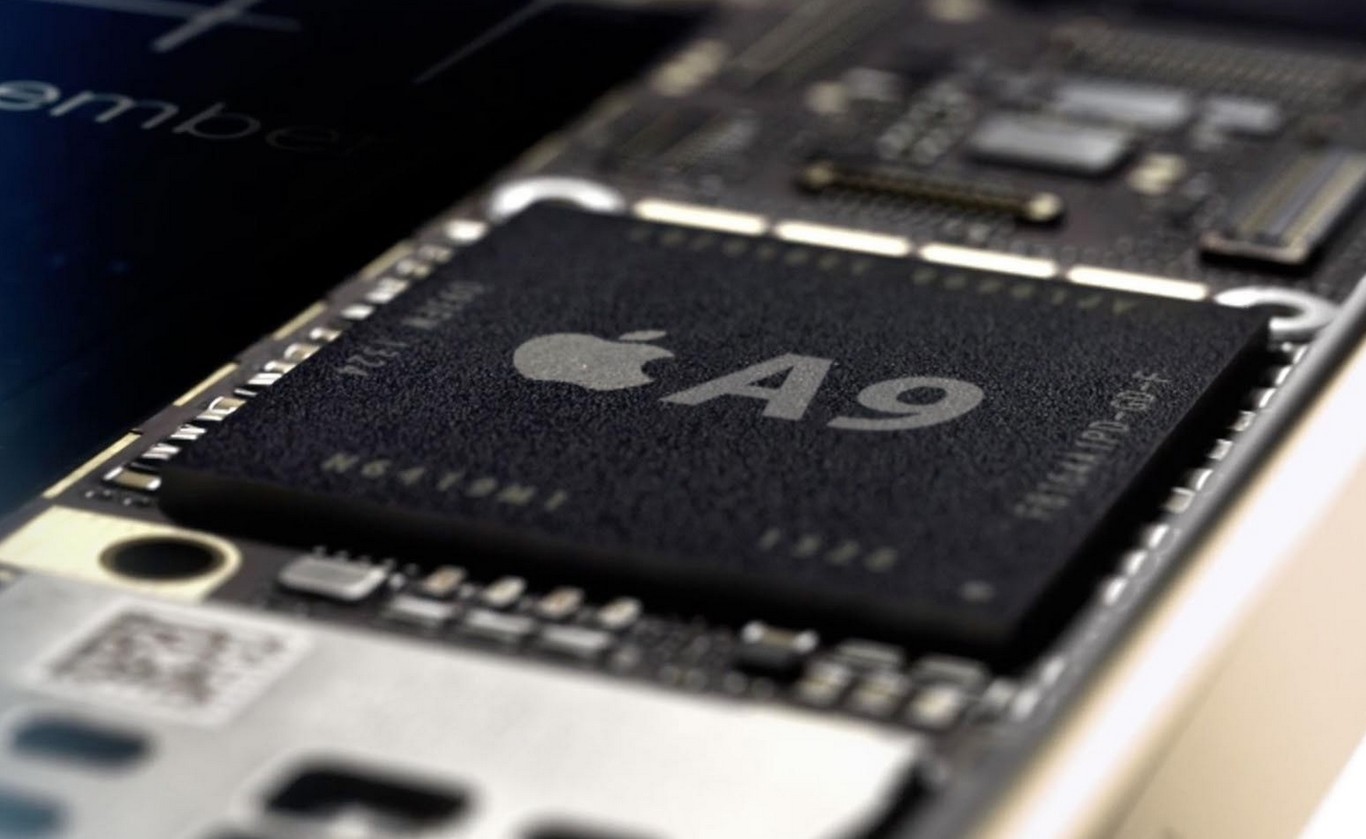 In any of those changes it was important not to leave behind neither the users nor the developers, and both in the first and in the second of those transitions Apple managed to make that not happen. How?

The answer is simple: emulation . The so-called Mac 68k emulator was responsible for resolving the ballot on the first occasion, since it allowed applications developed for the Macintosh based on the Motorola 680×0 to work on PowerPC-based Macs.

The same happened with the transition from PowerPC to Intel. On that occasion, Apple’s response to users and developers who wanted to continue using software from the previous platform was Rosetta.

Actually Rosetta was not an emulator, but a tool that created binary executables: you gave it a PowerPC executable and the tool would “translate” it to a binary that worked on Intel without modifying the code.

Rosetta was not perfect: it did not translate binaries of the PowerPC G5 directly, it had to be modified. Nor was it the ideal solution for compute-intensive applications like Adobe Photoshop or Final Cut Pro had to adapt completely, and its developers had to create suitable universal binaries to run on Intel-based Macs. Even so Rosetta returned to fulfill its mission, and the transition, as we can see today, was an overwhelming success. 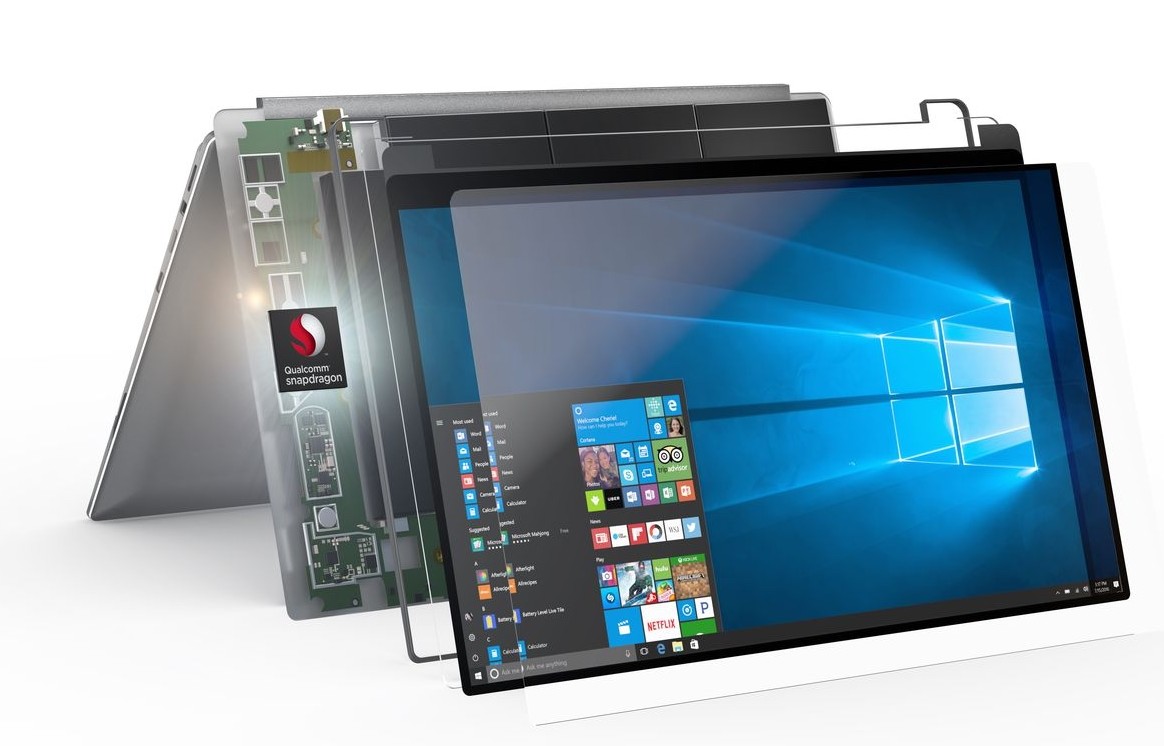 Everything suggests that Apple would therefore resort to this type of solution to deal with the transition period from Intel applications to ARM applications.

The problem that Apple would face would be nonetheless delicate: with the previous two transitions the new platforms offered more powerful alternatives than those that preceded them, but this time the thing is not so clear.

Although it is true that Apple’s mobile processors have long shown impressive performance that made them candidates to run a laptop without too many problems, it is impossible to know if they could meet the needs of users of Apple computers.

Everything makes one think that yes, of course, and that except in special cases (applications very demanding in resources such as the aforementioned Photoshop or Final Cut Pro X) the ARM micros designed by Apple could deal with those scenarios.

In fact the current designs are designed for devices and therefore limited in energy consumption and power to those devices: it is likely that Apple has more ambitious solutions (and something more gluttonous in energy consumption, of course) for those future MacBook and Mac, if is that he is not already testing them in his laboratories in a secret way.

Continue Reading: How to Enlarge a Computer’s RAM: Everything You Need to Know 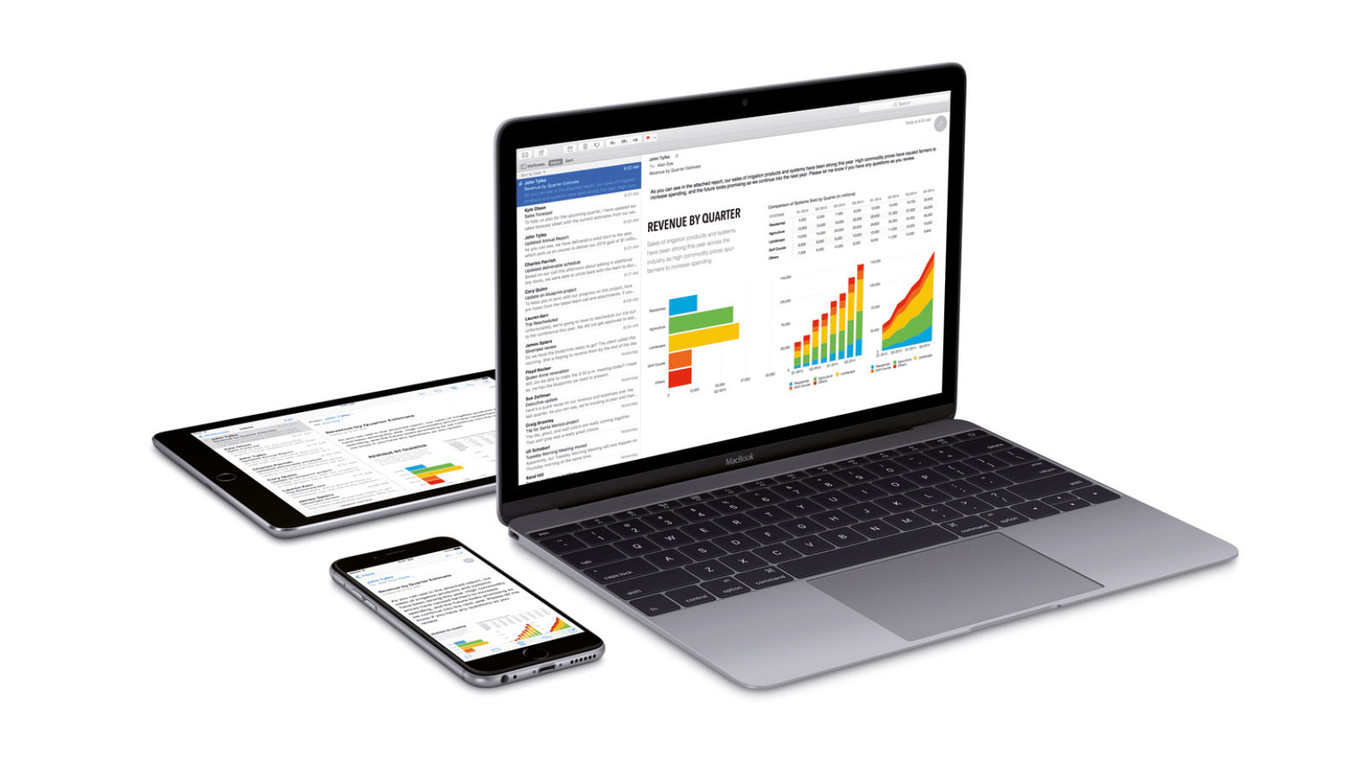 Here is an interesting predecentor, and that is Microsoft, which announced a few months ago the appearance of ultra-portable ARM processors (the Qualcomm Snapdragon 845) and offers a version of Windows 10 for ARM and an emulation layer capable of making a good set of traditional ‘legacy’ applications of the x86 platform work without any problem on these computers.

The Microsoft solution is not perfect and has some limitations, but of course opens the door to the advantages of that architecture that among other things raises surprising battery autonomies that are around 20 hours and, of course, serial mobile connectivity.

If Apple continues that line, those future MacBooks and Mac based on ARM would continue to use a macOS adapted to that architecture and that would also have an emulation system for software ‘legacy’, but for many the Apple’s future goes through a single candidate to be its unique and universal operating system: iOS.

Is iOS the only operating system that will remain for Apple? 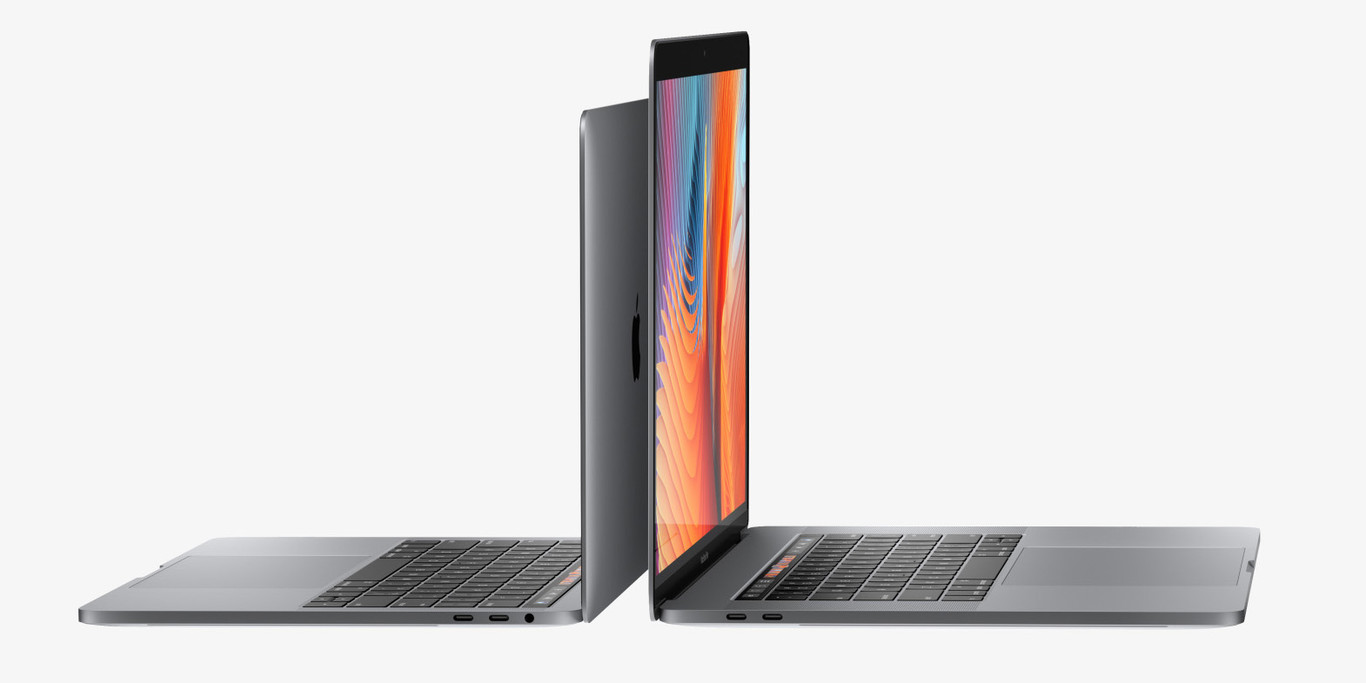 The answer seems to lean more towards the yes than the no. The iOS operating system could also win over those future ARM-based Apple teams, and there are a few hints that point to it.

Among them is for example the fact that macOS is an operating system that hardly receives improvements in features and features. The latest editions have shown the maturity of a system that works very well but does not receive much less the love that iOS receives from Apple.

Another indication is precisely that gradual adoption of ideas that previously belonged to macOS exclusively and that have been taking over iOS. In iOS 11 we have seen how the Dock and the file explorer turned iPad into tablets much more prepared for productivity, and there are those who believe that iOS only lacks mouse support to become the new macOS.

Help other sections, of course, and among them is the App Store that has become an important source of income for Apple, but especially in the software distribution platform more attractive to developers: the economic attractiveness is joined by this great performance of a system that has shown the way for others to set up their app stores and try to follow Apple’s footsteps at a prudent distance (Google Play) or a great distance (Windows Store).

That software catalog and that love of iOS developers also seems to support the theory that the transition to iOS in laptops and desktop is not preposterous: the developers would adapt their applications to this type of devices, and until they did it is likely that Apple , as we said, provide a layer of emulation or translation of binaries that paved the way.

The disadvantages of that decision are clear and affect a clear market niche: the ‘power users’, those who take advantage of their Mac for demanding tasks that seem to have a more difficult solution in those hypothetical MacBook or Mac based on ARM.

A user of Final Cut Pro X probably does not like to think that he will have to do everything with iOS from that moment, but precisely for that reason it is likely that this hardware transition is not at all sudden.

There is talk that the first computers to appear would be the current MacBook but in its rumored ARM edition, and from there Apple would move to MacBook Pro, iMac and maybe even that Mac Pro – we are still waiting for its renewal still based on Intel – that Maybe it would take a lot longer to arrive.

Marzipan, the marzipan of the transition 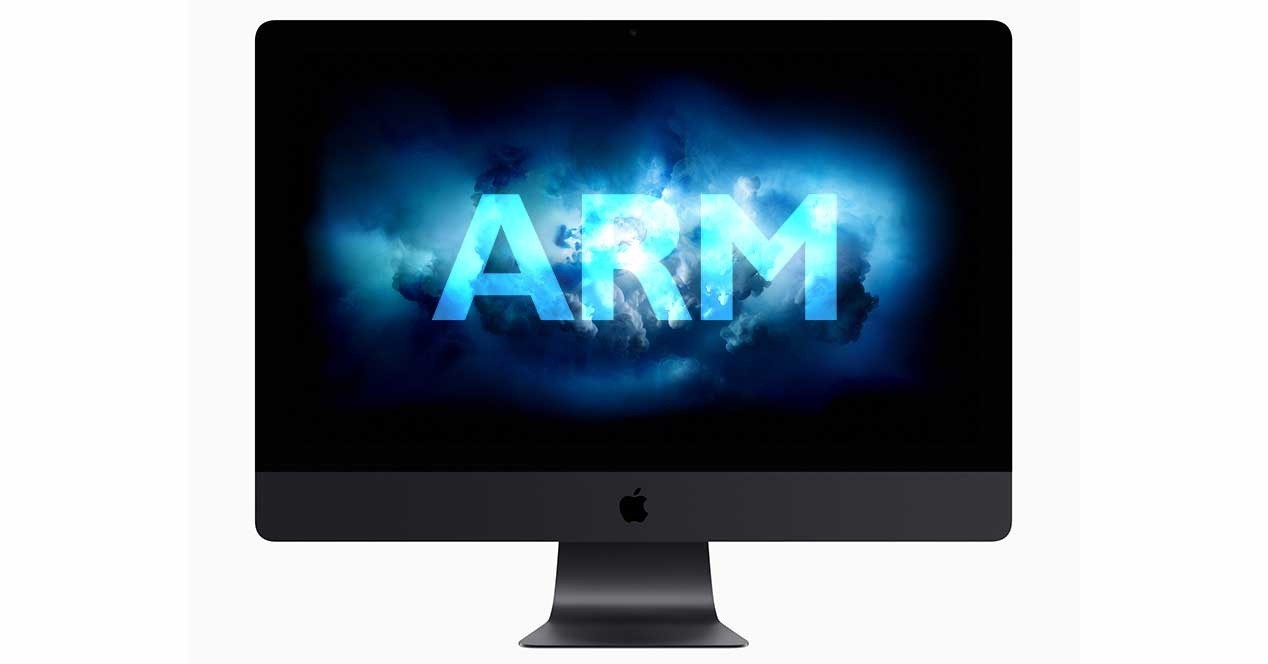 The truth is that another previous rumor already gives us data about that transition. It is nothing less than Marzipan, the project that Bloomberg unveiled at the end of 2017 and which, according to sources close to the company, would allow the development of universal applications.

That would be the key piece of that transition, since theoretically it would allow the developers to work in applications that would work both for iOS and for macOS. What does that mean? That a user of macOS on an Intel computer could continue to use that universal application on his computer until he switched to those ARM-based Macs and governed by iOS.

We already said it then: Marzipan would eliminate the need for that convergence that Microsoft or Canonical sought because it would end up making macOS irrelevant. Not immediately, of course, but in the medium and long term, especially if those Apple ARM processors for their laptops and desktops end up offering the benefits that we all think they could have.

The road would be much closer to the one we saw with solutions like Remix OS – which seemed to show the future of Android – or that we now see in Samsung DeX for example.

Google seems to raise something similar with Fuchsia, that mysterious operating system that seems to take the best of Chrome OS and Android to raise the only future operating system on their mobile devices and their desktops and laptops.

There are certainly many unknowns surrounding Kalamata and Marzipan, but those pieces begin to hint at the future of an Apple that would bet on a single operating system (iOS, we insist, seems to win that battle with macOS) and a single family of processors (ARM) for its entire ecosystem. Exciting times, of course.